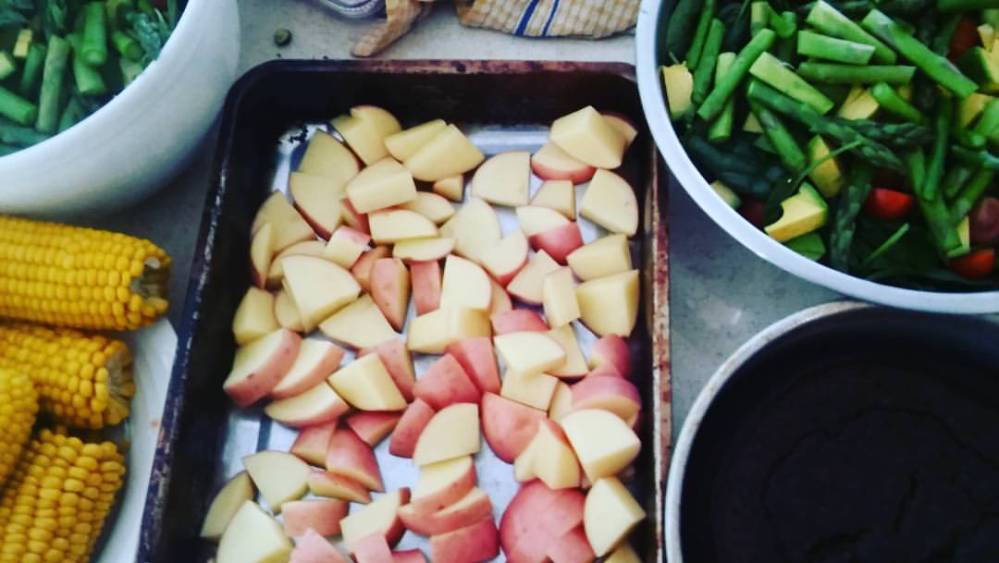 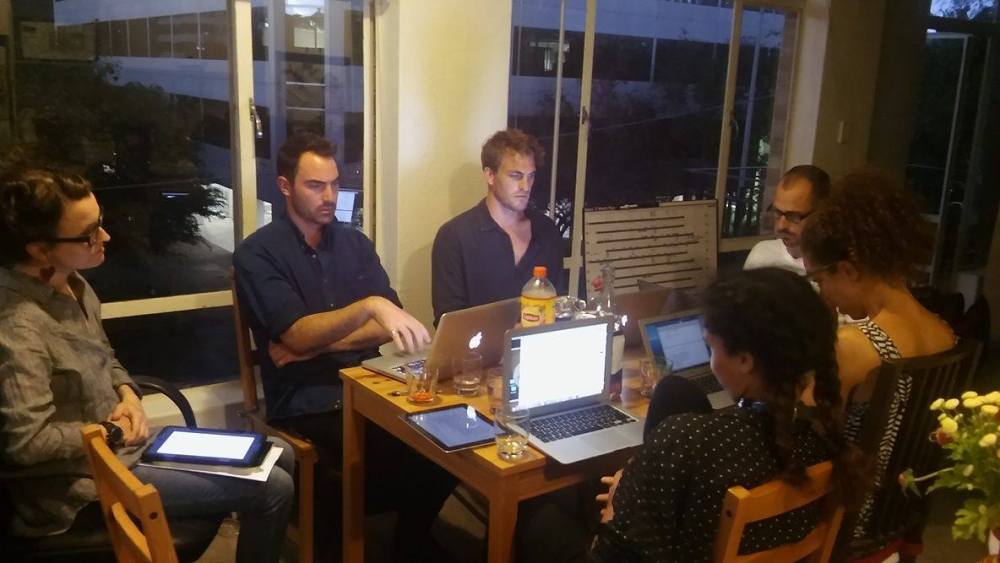 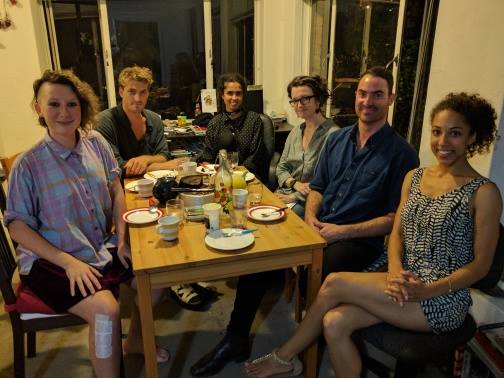 A truly fantastic session for our third dinner and a show with Jane E. Thompson and her latest work, The Narcissism of Small Differences.

Really, I’ve found the below much harder to write than it should be. Perhaps because I’m still in the midst of working out what the hell it is I’m doing and I’m not yet ready to articulate it. Excuse me as I bumble through. Read on at your own risk!

To put it simply: I’ve taken a section of a play I’ve written previously but never produced and decided to expand upon it. For the more confused, still percolating thoughts, see below:

Things I’m thinking about when I think about this work:

I see the motivation in the second man in relation to Irigaray’s phallic economy and her essay ‘Women on the Market’ in which she argues that our society, our culture, is based upon the exchange of women. Men are the ones who do the business, and women are the ones exchanged. Society (men) determines her exchange value, and nature, her use value. Spoiler alert: the woman (commodity) is desired for her exchange value:

Re-watching Twin Peaks in its entirety (most of which I had not seen since the original airing in 1990/1) I was struck by not so much the pervasiveness of Lynch’s exaggerated, self-conscious representation of binary gender (being a long-time fan of his work), but rather the affect it may have had on me as a 12 year-old viewing it for the first time.

Lynch’s female characters have been written about at length by female critics finding the nostalgic conservatism of his aesthetic combined with the violence done to them regressive and ultimately damaging within the context of the violence towards women in the broader society. While I find some of the female representations on the show problematic (and I don’t want to exonerate Lynch entirely), it must be remembered that he not only co-created the show with Mark Frost but also job-shared with a number of writers and directors – especially when he took a long hiatus during the second season to film Wild at Heart and relinquished considerable creative control. (During which time I find the gender representation on the show most problematic, tbh.)

Anyway, I found my attention drawn in particular to the swaggering braggadocio of Bobby Briggs and I thought, god, how much I loved him —always had— despite his often dodgy ethics. It took me a moment to realise what this was: it was His (the character’s not the actor’s) performance of himself. Bobby Briggs’s construction of himself as the cool, self-assured bad boy of the town is fascinating to me not because of its durability as protective armour, but the opposite— his coolness is constantly being shattered by events and people around him, but he continues nonetheless, the cycle repeating itself, even in the face of James Hurley, one could argue (despite the soap opera) is less constructed (?), less self-conscious (?), more innate? (?)

I realised upon re-watching that I’ve been writing versions of Briggs in my male characters most of my life. That Bobby’s performance of his gender was perhaps more striking to me as a 12 year-old, than say, Audrey’s. Was it an objectification of him? Was it perhaps my way of ‘inhabiting’ him, a construct I felt was unavailable to me at the time? Who knows? But this also struck me reading an essay by Sue Wise on reconsidering her formative years as an Elvis fan; that as a feminist and gay woman, how it was that Elvis (“butch god, sexual folk hero and archetypal macho man”) fit into her life. This led her to question the part of “feminist orthodoxy which, paradoxically, accepts objective and ‘male’ accounts of the world at the expense of personal and subjective experiences” (Wise, p. 13, 1984). How to reconcile her memories of listening to, reading about, scrapbooking and swapping pictures and stories of Elvis with her best friend growing up, with the pervasive (white) male-defined image of him: “the master of the sexual simile, treating his guitar as both phallus and girl, punctuating his lyrics with the animal grunts and groans of the male approaching orgasm. … Rumour had it that into his skin-tight jeans was sewn a lead bar to suggest a weapon of heroic proportions” (Melly, in Wise, p. 14). Perhaps better not to and recognise your own experience as something yours and not some male writer’s version of a moment, an image, an experience which really, is just their subjective experience made objective.

So these are the things I’m thinking about when I think about this work. I suspect I will have to stop thinking about these things in order to actually write it. I hope that happens soon.

In the meantime I thank Liv and Julian for providing the conditions to hear what I have wrought already, out loud, with actors.

In 2016 she completed a Master of Writing for Performance at the Victorian College of the Arts; and was a recipient of the Besen Family Artist Program Writers’ Development Workshop at the Malthouse Theatre.